For God sent not his Son into the world to condem the world; but that the world through him might be saved. – John 3:17 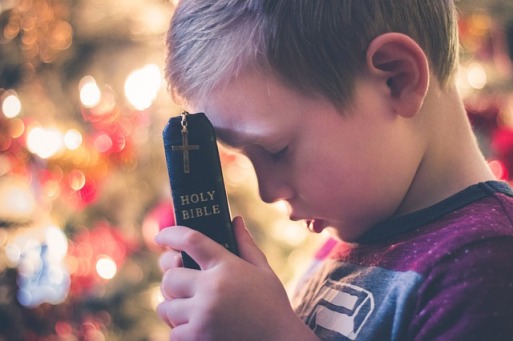 I had a lot of confusion when going to church with a friend as a child growing up in northern California.  I realized I had not made the valuable basics of what is in the bible available for anyone who reads my blog.  So, this is it: for you if you are unfamiliar with what the bible is about, in a nutshell and why it is so important to know about.  This blog post, which I might edit at any time to make it better and more understandable as a primer for those who don’t understand.  This post is especially for you, so that you might have a fighting chance at understanding what the bible talks about and its importance to all of mankind.

It begins with Our Creator, who spoke through man in a way they understood to write the bible down.   “In the beginning God created the heavens and the earth…”, from Genesis chapter 1, verse 1, in the old testament.  He created the universe and everything in it, including the first man, Adam, from the earth and He breathed life into him.  Then Eve was created who talked Adam into eating fruit from the tree of the knowledge of good and evil – beause Satan convinced her that she could eat from that tree.  Tricky Satan – never trust Satan.  Not being supposed to, she did it anyway.  Satan tricked her.

The fall of mankind began with the fall of Adam and Eve when they disobeye God and listened to Satan, instead.  He told them not to eat fruit of the tree of knowledge of good and evil – so know they knew evil.  That caused not only the fall of Adam and Eve, they were sinful, and did not obey God, but it caused all people from then on to be born into sinfulness.

God describes all kinds of sin in the bible through many stories, chapters and verses all throughout the bible so we know what sin is and does to mankind.   We are fallen flesh and continue to rebel against our Maker by not believing in Him, and not believing what is in the bible.  We are unrighteous because we rebel against God’s knowledge of man and how we have fallen into sin.  God guides us in his bible and has given us information so we can obey Him and get to know Him.

All through the Old Testament people did not abide by the Lord; they went their own way sinning and became so sinful that God had to get rid of most of the people in the great flood.  A few were saved with enough of the animal species to recreate the population on earth.  God does not like sin.  He is Holy and cannot tolerate sin or people’s that worship other gods and man-made philosophies and religions.

God knows man cannot walk in righteousness and without sin because every person has been born into sin.  “The wages of sin is death”, and he who sins, who lives without God, will die, their souls will live in eternal punishment for it.  “The soul who sins will die.”

Then God the Father sent Jesus to give humankind a way to live for eternity forgiven of their sins so they would be given a chance to live eternally with God and so their souls would be made alive, they will be new creations in Christ Jesus who saved them from their sinful ways and forgives them for all the sins they have perpetuated, including when they had no belief and trust in the Lord Jesus Christ.  Once you reach out, asking Jesus Christ to come into your life, you sincerely seek him and read his bible to learn who he is, you pray to him, you tell him your sorrows, your pain…he eventually makes it apparent that you are saved.

My experience is that I knew something would listen to my pleas for help, my talking to Him, sincerely from my heart – and my life seemed to take on a new power that I know was not my own.   I had strength through trying times with the peace that passes all understanding, like it says in the bible.  He gives peace to our hearts and we can rest in his safety.  I feel this in my heart when I need comforting.  It is his Holy Spirit who is also known as “The Comforter”, who Jesus Christ gives his children who follow and obey His words in the bible.  The bible speaks to these wonderful gifts but you must read a lot of the bible sincerely, learning as you go, savoring the words you read as the Holy Spirit quickens the heart with the truth, the power and the true beauty of the Scriptures.

Without God there is no real saving power.  There is no way to get into the gates of heaven without the grace of Jesus’ death of the cross.  He carried the sins of us all, and died in place of us; sinful people of the earth.  He died on the cross in place of us dying for our sinful natures.  He overcame sin; he rose again and walked the earth, overcoming the death of Satan and the evil ways of man.  It is due to Him that we have a way to live again once our bodies die.  He will give us new ones, a spiritual body of a different form such as He had when he rose again.  People saw him being lifted up into heaven and disappearing.  We who believe will be lifted up the same way once we die in our bodies, yet we will live on for eternity and live with our Savior and Lord.

Jesus did not come to judge the world; he came to save it from our sin.