Seattle police are looking for two suspects connected to a deadly shooting in downtown. A third suspect who was shot was arrested.

And there’s this: three shooting incidents in Seattle in the past week, from King5 news:

One person died after being shot in the face while driving on SR 509. The Washington State Patrol is investigating three roadway shootings since Dec. 26.

This is near Pike’s Market in downtown Seattle near where the shocking shooting at 3rd and Pine occurred during the evening commute.  I worked there last Saturday and snapped this picture while I stood outside (at 3rd and Pike a few blocks away) in Seattle. 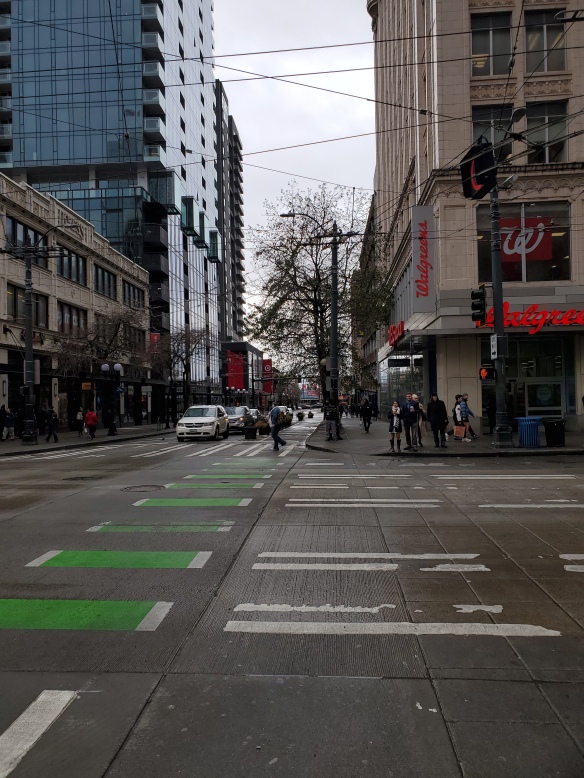 Local news about the shooting can be found on King5 news:

1 dead, 7 hurt in Seattle shooting that police say was not random; suspects at large

One person is dead and seven others are hurt, including a 9-year-old boy, after a shooting near 3rd Avenue and Pine Street in downtown Seattle. …